Holsten is authentic German beer brewed according to the Reinheitsgebot tradition from 1516. Despite its noble tradition it was not well known in Eastern Europe. I have worked on several brand and promo campaigns (re)launching the brand in the region. 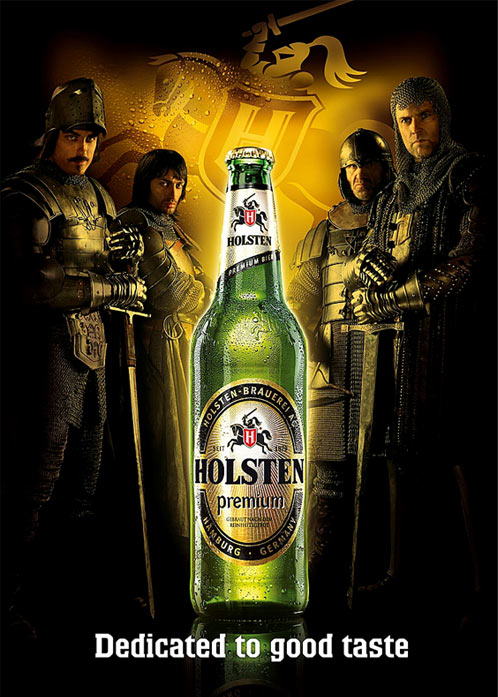 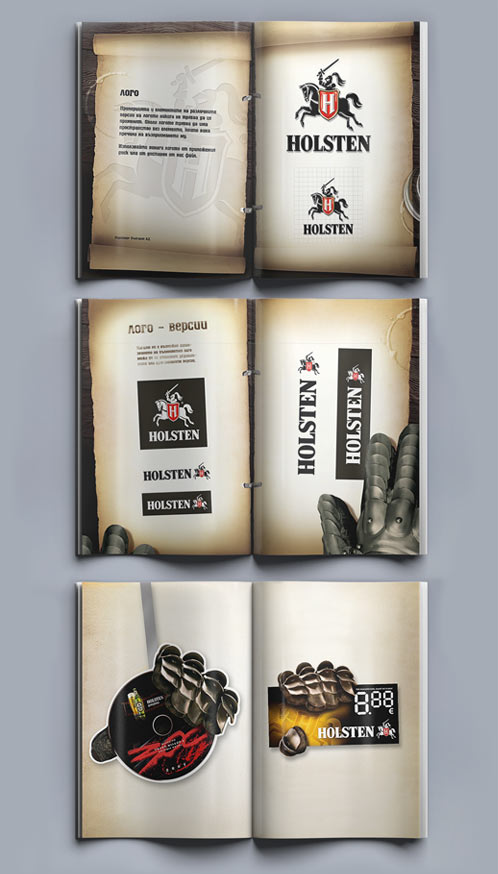 To (re)launch the brand in Eastern Europe we created a campaign which was later adopted in some countries in Central Europe. The idea: the knights (Holsten’s logo represents a knight) have been and are the guardians of Holsten beer, its purity and tradition.
The role: Concept, Art Direction, Design. 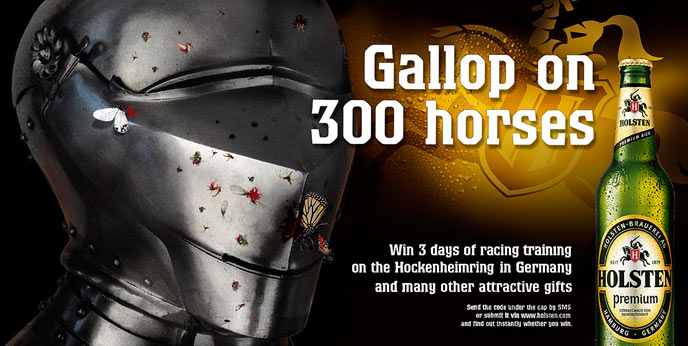 The launch-campaign idea was further developed for a promo activities featuring games and awards. The role: Concept, Art Direction, Design. 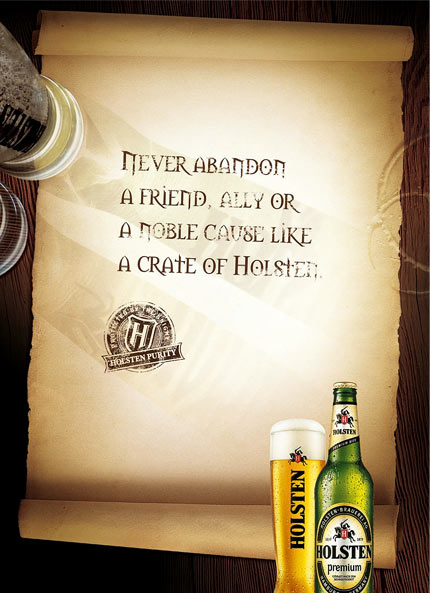 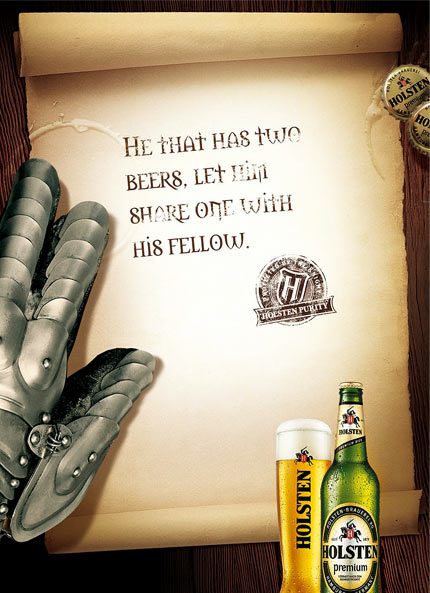 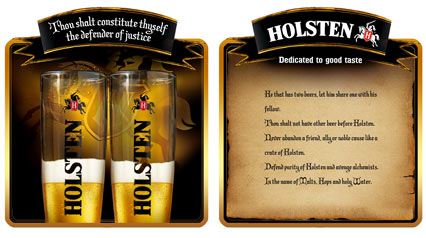 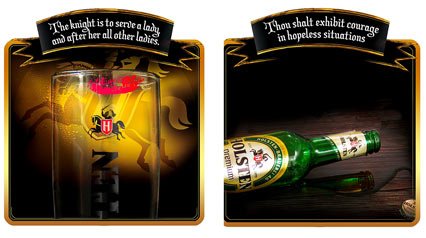 The next campaign developed further the idea of knights protecting the beer and its values.
The role: Concept, Art Direction, Design.